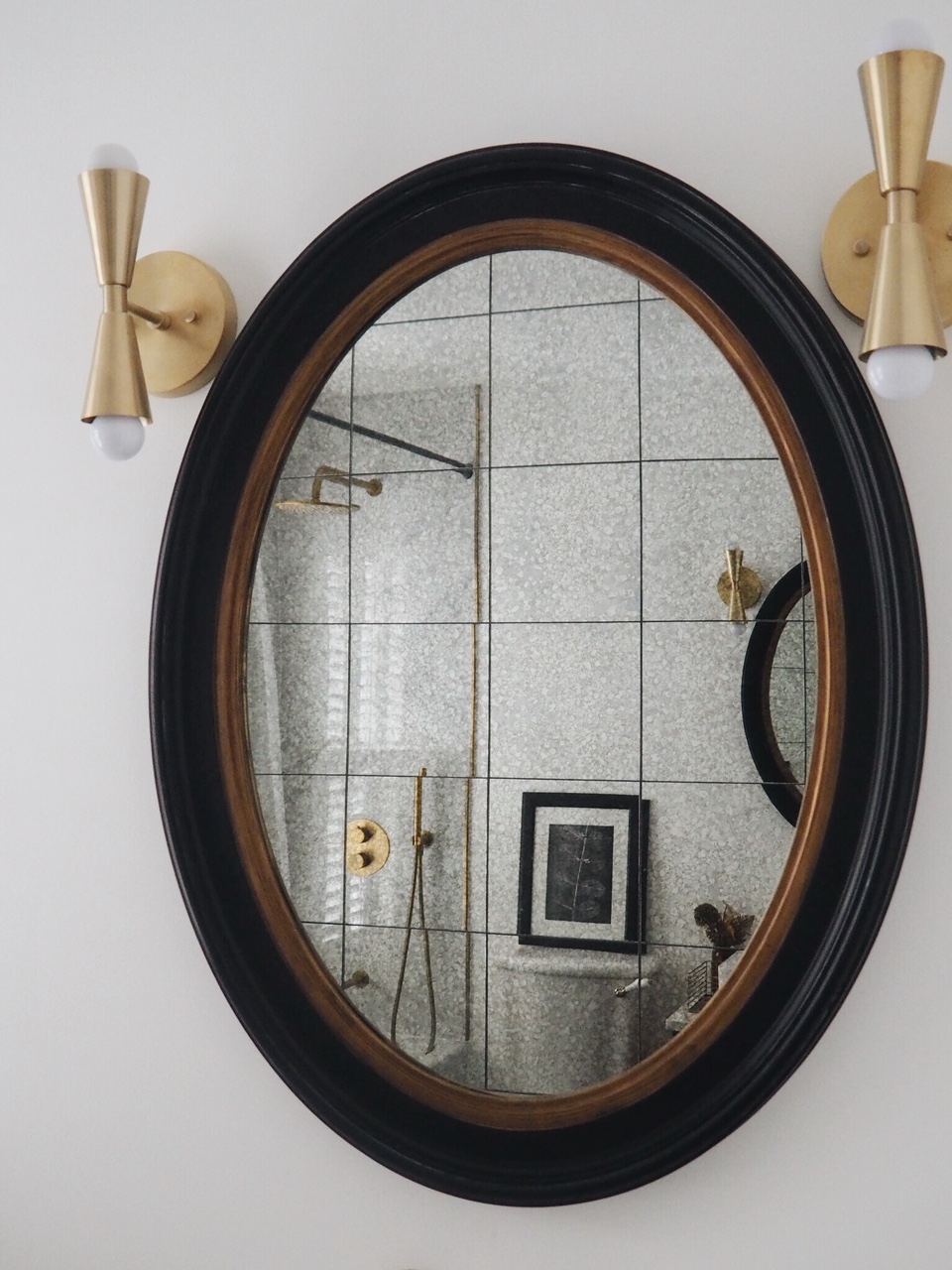 Ok firstly my apologies this has been so long awaited – I promised you this back in 2019 but somehow it kept getting pushed back and the IGTV kind of filled the void. But now its here and I have included links for all the requested products. Enjoy…

When we moved into our house nearly three years ago now the bathroom had a lovely stench to it. It took a few days to realise it was the vile carpet tiles that were on the floor, and had probably been there for a good twenty years or so. Goes without saying they were chucked out instantly but we were then left with floorboards and used a patchwork of cheap bath mats to stop the boards getting soaked through. The old suite and blue tiles were liveable but I dreamt of the day we could finally do it. And that was February/March 2019.

We worked with Balmoral who had created our dream kitchen in our last house and whose attention to detail and amount they really care is second to none. Id spent far too long on Pinterest so knew exactly what I wanted. The mix of old and new, a warm feel, and a classic look. Its our family bathroom but not a huge room so I had to think of ways to make use of the space to its best. A reconfiguring of the suite, moving pipes, putting the original window size back in and changing exterior brickwork and window sill.

So the first step was looking for tiles. I was obsessed with aged mirror walls but having got a quote from a company that specialises in these walls for rooms and splash backs in kitchens – it was sadly way out of our budget. So I started looking for tiles and found them at Topps Tiles nicely within our budget (linked here). They also had the most beautiful marble tiles and after opting for faux marble in the last house I knew this time I wanted the real deal. The warmth of real marble, the little flaws, the beauty in how no piece is ever the same.

Then it came to the actual suite. We moved the bath from being lengthways down the room to going across the end of the room under the window. It has made a HUGE difference to how big the room feels. Less like a corridor of a bathroom and more of a square feel you can use easier. I wanted a large on counter sink with modern taps and after hours of googling stumbled across Lusso stone who have an amazing guarantee on their products. Nearly a year on I couldn’t be happier. We chose these taps and this sink.

The search for the perfect cabinet was a little trickier. I had one image I was obsessing over on Pinterest and no idea where the cabinet was from. It had to be mid-century but I wanted the softness of some curves, and a warm dark wood. I finally found the perfect one on Etsy and when it arrived Balmoral transformed it for me including adding some mid century legs I sourced from eBay.

As for the shower – this was also Lusso Stone so everything matched. So happy with it. I had to have a pump installed under the bath (with a clever hatch to access it in the next room) as my water pressure was so rubbish. And I had a little shelf made in the brickwork for all the bottles of shampoo and bubbles. I was adamant I wanted a shower curtain and not a plastic or glass sheet on the side of the bath. I just love the vintage look of the curtain, and ended up buying the exact same black adjustable pole I had in our last house from John Lewis. I also bought the same curtain but ended up sending that back as it had silver rings which wouldn’t match the rest of the gold details and little things like that really bug me. It ended up being the cheapest white curtain at John Lewis that was perfect as it has clear rings so I could add these H&M clips and create the perfect look.

I bought the radiator and all the accessories from here and love it so much. Especially those little bees! The rug is from Urban Outfitters and gives it that depth and warmth I love so much against the marble.

The lights I spotted in the bathroom of @Gold_is_a_neutral and bought immediately. Such a good price compared to so many I had been looking at ad the perfect warm shade of gold. The mirror I found harder to find. I wanted to keep that warm curvy look but didn’t want a round mirror. This has a beautiful mix of the black with the gold washed wood and fitted perfectly into the small space after Balmoral managed to move some pipes into the bricks and get rid of an ugly box running down the wall.

The framed print I have had since uni and was from Ikea. I loved the idea of keeping it black and white but being something of nature.

And finally – the shutters. I was desperate for shutters but kept being told it wouldn’t work because of the water from the shower. Then I stumbled across these and was so excited. A year in and getting wet several times a day – they are still in perfect condition. Couldn’t love them more.

In fact – couldn’t love my little bathroom more. Was so much fun to design and everyday I walk in there I feel good. And no more dodgy carpet tile smells!