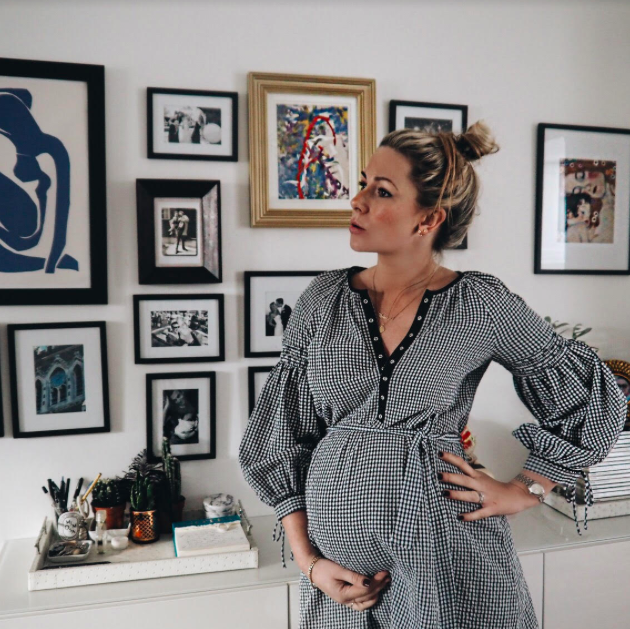 Having kept pretty quiet about my pregnancy until the middle of the second trimester I haven’t had much chance to share the ups and downs… and there have been many!

As some of you might know from past updates I had a bit of a scare with my last smear test and so have spent the last year being monitored after a minor procedure to remove abnormal cells – CIN3. So when I found out I was pregnant I was slightly nervous about what it would mean if the abnormal cells were found again. Luckily I was given the all clear in November and I could finally breathe a sigh of relief and just enjoy being pregnant.

So what’s been different this time around? I have had far less time to think about it all. I’ve been much more realistic about the birth and the following weeks/months of sleep deprivation. I’ve taken it much more ‘in my stride’. But I am also fully aware of the amount of love I am about to feel for another. The crazy all consuming love that just grows with every year!

I am not (yet) as large as I was with Vivienne this time around. Part of this I am sure is down to the fact I was so small when I fell pregnant with Vivienne. It was just a few months after I got married and had spent months preparing to squeeze into the size 8/10 wedding dress. This time around I started at a size 12/14 and so far at 31 weeks I have put on a stone and a half (approx 10kg) compared to last time putting on approx two and a half stone by now. I’ve mentioned my skin already – this is much better than the first time around. Heartburn is still an absolute killer. Never without my Gaviscon. Cravings – chocolate and lots of it. I managed to stay clear of stretch-marks last time and none so far. I know they can rear their head closer to birth though so I am furiously moisturising each night. Exercise – I have been terrible this time. With Vivienne I still had my office job and went to the gym for the first five months and then switched that up with swimming. This time – I haven’t done a thing. But far less sitting at a desk – much more chasing around a two year old which can be a workout in itself. 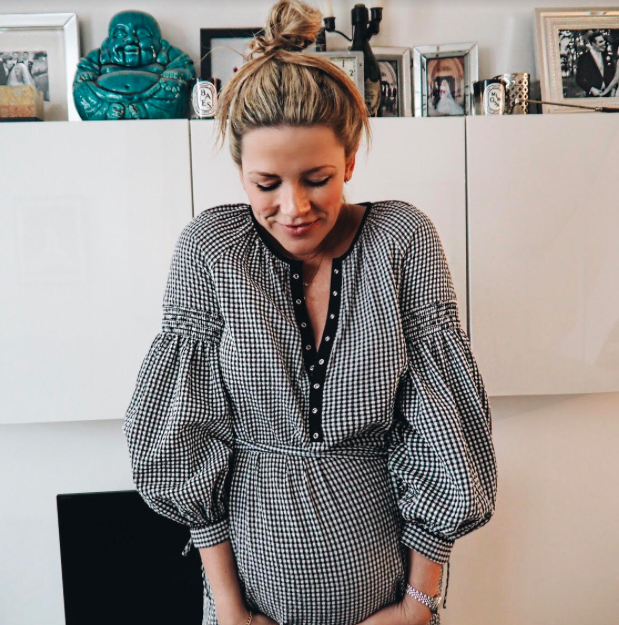 Maternity clothes: Jeans and a few tops from favourites like Isabella Oliver and Seraphine

Stretch marks: Not yet – fingers crossed – Palmers Butter Stretch Mark Cream – all over my stomach (almost) every night mixed up with Burts Bees Mama Bee cream (linked below)

Have you started to show yet: Oh yeah!

Labor signs: Nothing yet

What maternity item can’t you be without: My pregnancy pillow – Dream Genii (linked below)

Underwired or non wired: Sleep bras – I’ve been wearing crop top style bras to bed but still wearing my underwired bras in the day (I know I shouldn’t!)

Any lifesavers: Gaviscon – every. single. day.

Wardrobe héros:  H&M mama jeans – Levi 501 lookalikes – they saved my wardrobe – and flat shoes – my early Christmas & Birthday present of the Gucci loafers couldn’t have come at a better time

Belly button in or out: Weirdly flat

Wedding rings on or off: On – but my fingers are so swollen

Miss anything: Being able to pull boots on without gagging from heartburn. Brie. Wine.

Movement: A lot and mostly at night

Food cravings: Chocolate – doesn’t matter in which form – even drinking it in the evenings

Anything making you queasy or sick: Hunger – it comes on instantly and if I don’t eat I feel like I am going to be sick

Happy or moody most of the time: Happy but with waves of emotion for no reason when I get tired – can result in tears!

Looking forward to:  Finding our new home for the four of us to move into later this year